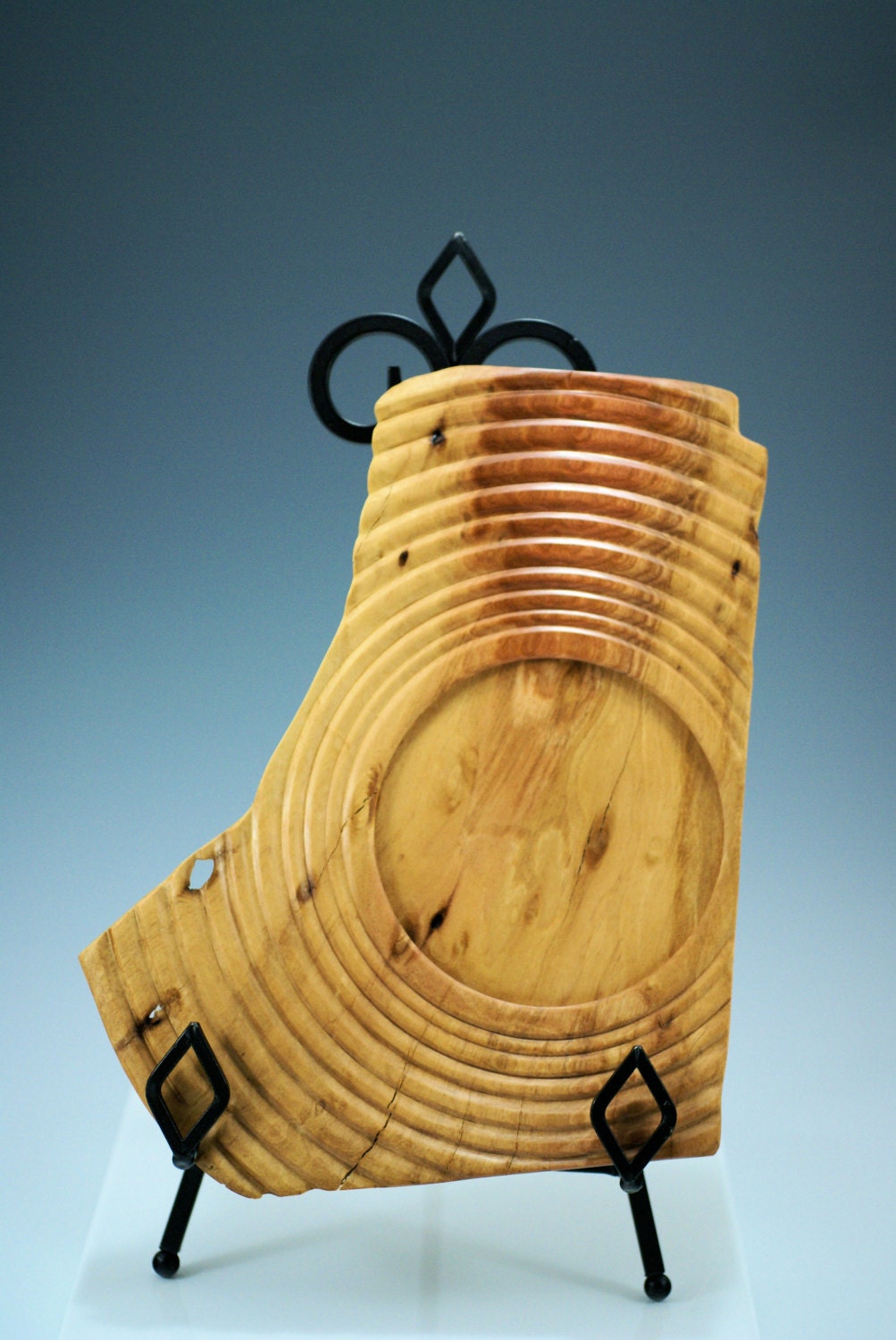 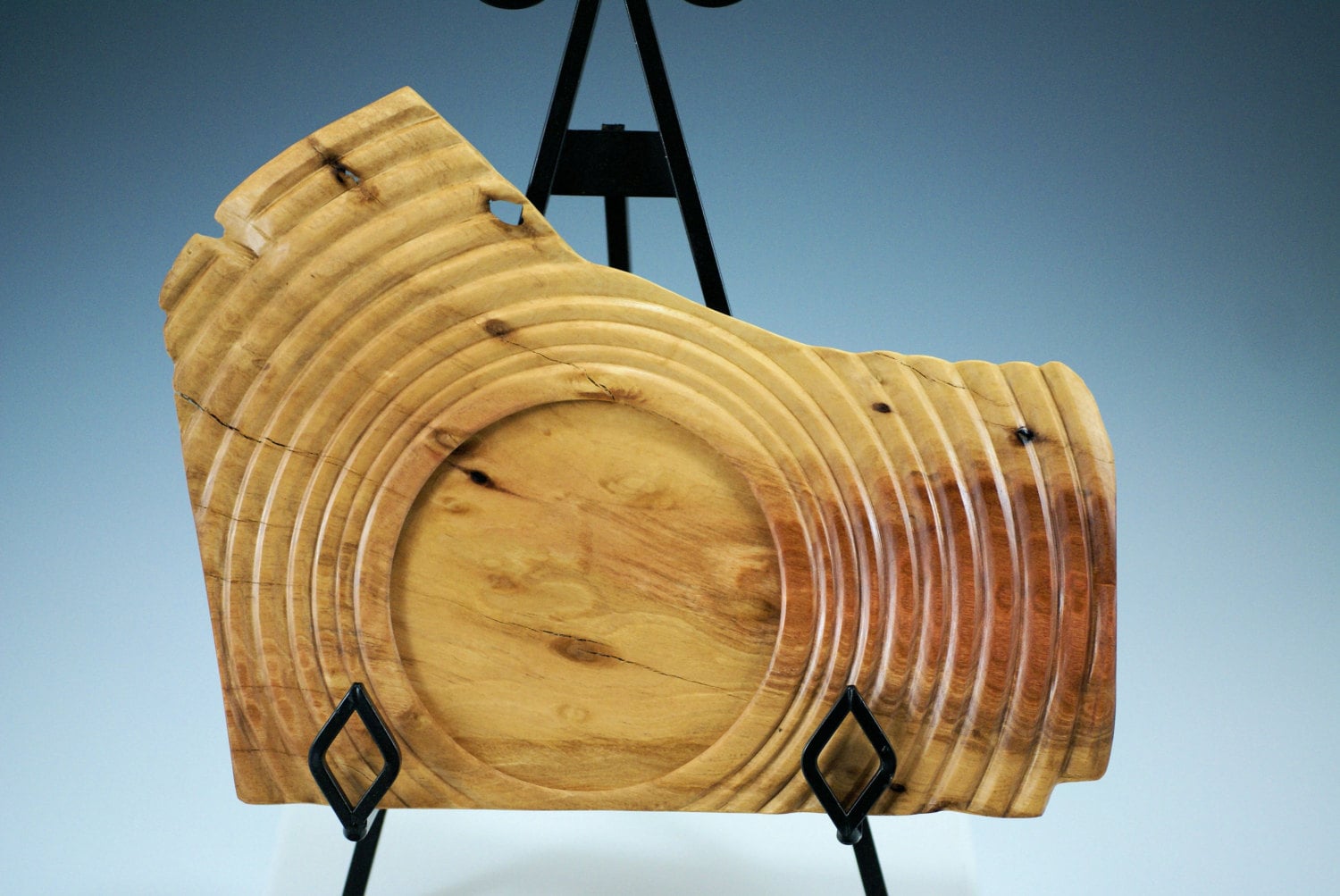 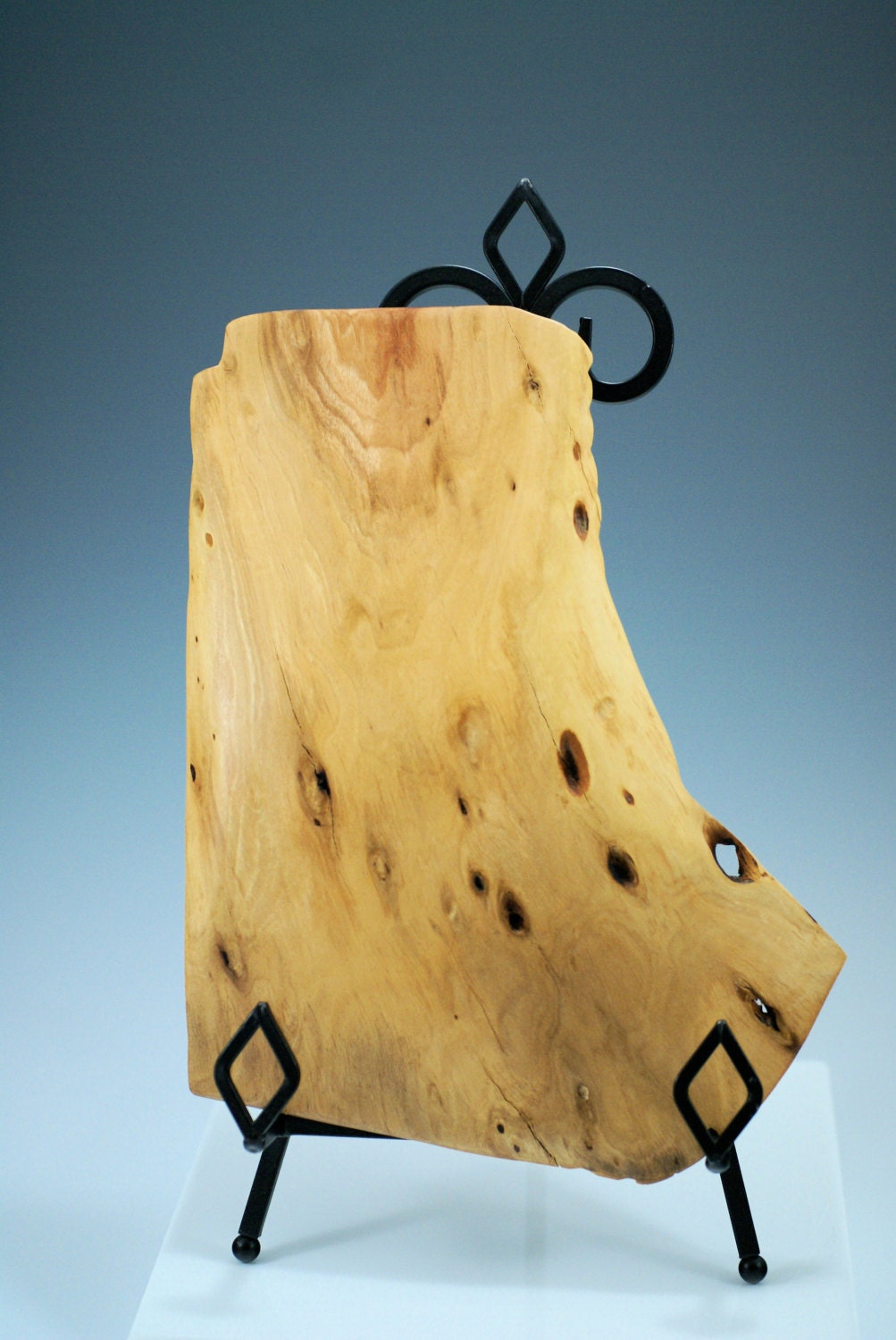 I made this from Pink Ivory wood which is from Africa. It has a natural edge design and is as striking on the bottom as it is on the top. The form lends itself to a center piece of a table or a special piece for a dresser to put your special jewelry. This could also be used as a candle holder.

It also shows well with another piece I have listed (the Bloodwood chalice). Together they can be used for a personal family communion ceremony.

Pink ivory, also called purple ivory, red ivory, umnini or umgoloty, is an African hardwood used to make a variety of products. The pink ivory tree grows predominantly in Zimbabwe, Mozambique and South Africa. The tree is protected and sustainably maintained in South Africa, only felled by very limited permit. The wood is extremely hard, with a density of 990 g/dm3.

Pink ivory was the royal tree of the Zulu People[4] and only members of the royal family were allowed to possess it until the Anglo-Zulu War of 1879. Before the Anglo-Zulu War, the Zulu king (and prior to 1818, Zulu chiefs) would possess a pink ivory knob kerry, a stick with one end a knob, and wear jewelry that were also made from pink ivory. According to rumor, non-royals who possessed the wood would summarily be put to death. After Zululand fell to the British and was separated into 13 separate "kinglets" in 1883, all vying to retake control of what was once theirs precedent to the onset of apartheid, the pink ivory wood became much less important a sign of control than genuine control could be.

The pink ivory tree produces a yellow, brownish, reddish, or purplish drupe fruit that is delicious to taste. Other parts of the tree have been used traditionally as remedies and medicines.

I'll do my best to meet these shipping estimates, but can't guarantee them. Actual delivery time will depend on the shipping method you choose.

Ship items back to me within: 7 days of delivery

Request a cancellation within: 12 hours of purchase

But please contact me if you have any problems with your order.

The following items can't be returned or exchanged

Because of the nature of these items, unless they arrive damaged or defective, I can't accept returns for:

Questions about your order?

Please contact me if you have any problems with your order.

0 items in your cart